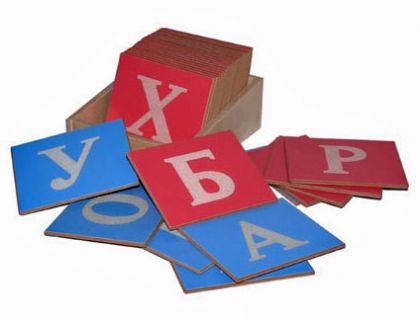 This educational toy is based on the Bulgarian alphabet and is aimed at developing imagination, memory and spatial perceptions. It is designed to help for the fine motor skill (or dexterity) of the upper limbs. Thanks to the rough surface it also stimulates the tactile perceptions of the child. The set includes all 30 Bulgarian letters of the Cyrillic alphabet.

The toy developes the imagination, memory and spatial perceptions. It helps for the fine motorics of the upper limbs. Thanks to the rough surface it can stimulate the tactile perceptions

The Bulgarian alphabet has separate 30 letters. It dates back to AD 8850 when Saints Cyril and Methodius invented the letters.  In AD 886 the then Bulgarian Empire introduced the Glagolithic alphabet for use by the population. The Glagolitic alphabet was gradually superseded centuries later by the Cyrillic script. The script was develop in the Preslav Literary School at the beginning of the 10th century.

During the early and middle 19th century, there were several Cyrillic variations of the alphabet in use.

The modern Bulgarian alphabet containing 32 letters was proposed by Marin Drinov and gained popularity in the 1870s. The 32-letter alphabet was used 1945, when the orthographic reform took place and the letters Ѣ and Ѫ were removed.

How are the letters in the Bulgarian alphabet pronounced?

Let's begin with the pronunciation of the so called silent letters - in fact, there are NO silent letters in the Bulgarian alphabet, so every letter is pronounced.  Variable pronunciation of Bulgarian letters affects only some vowels in words with a tonic accent and accentuation. For example, the letter a is pronounced open when it is accentuated and closed when it is not accentuated.

Voiced consonants in the |BG alpahebet

Being a mix of Slavic, Proto-Bulgarian and foreign words, today the Bulgarian languages has more then 200,000 words in use.  Lexically, the language has been influenced by Latin, Greek, Turkish, Russian and English foreign words.

May 24 is accepted as the official Bulgarian holiday that celebrates the Bulgarian language, Cyrillic script, and culture.

What is the longest Bulgarian word?

The longest Bulgarian word is--hold to your seats--this one: непротѝвоконститу̀цио̀нствувателству̀вайте. It means "Don't act against the constitution".

Why learn the Bulgarian alphabet?

Learning the Bulgarian alphabet is a must if you plan on converse properly in Bulgarian. Without it, you will not be able to say words properly even if you know how to write those words. Learning the pronunciation of the letters of a foreign language will help you understand the language, speak it and be understood by native speakers. 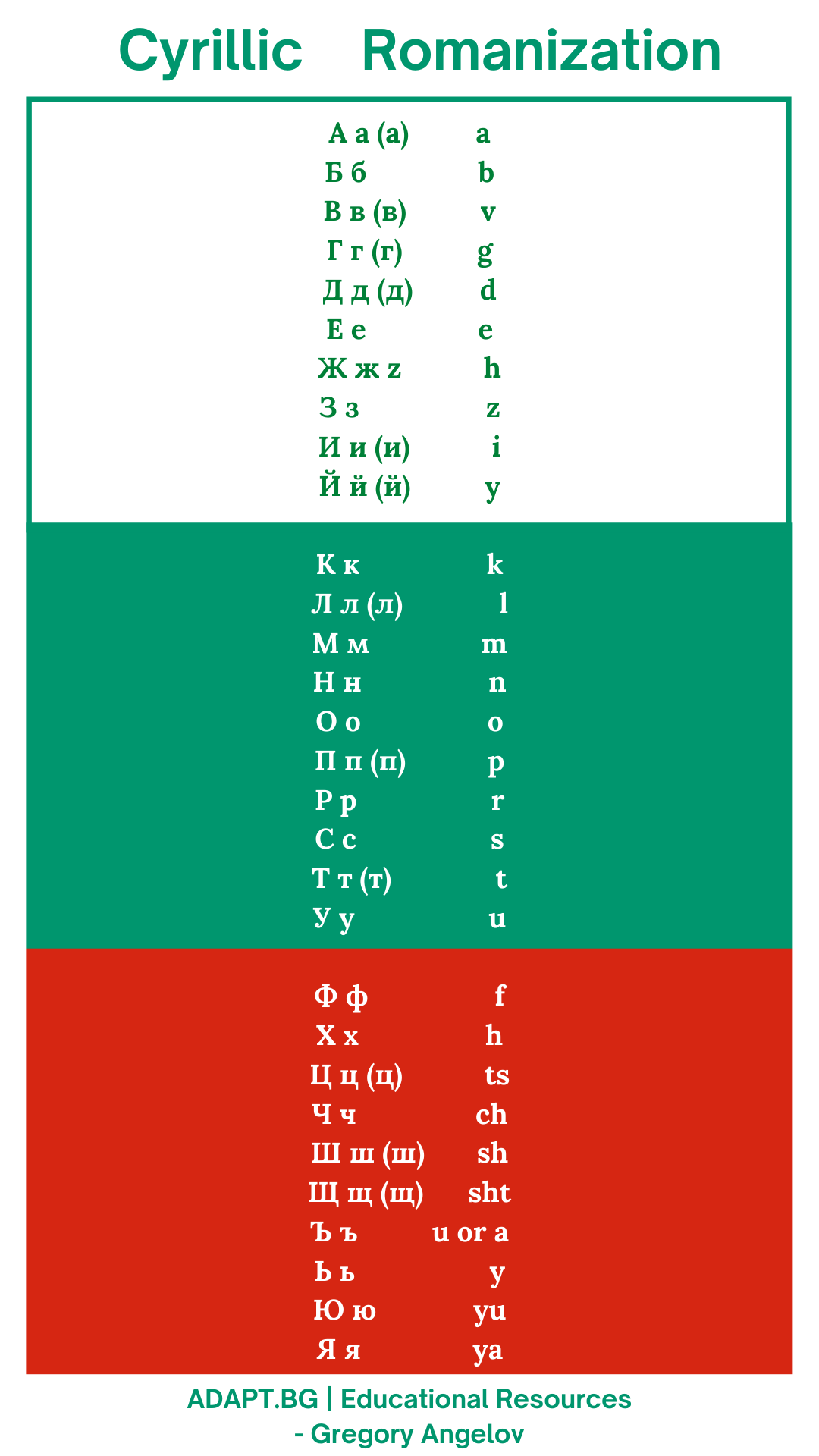